Home > Events > Free Speech and the Law: Threats and Opportunities 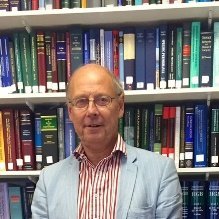 Andrew Tettenborn is Professor of Commercial Law at Swansea University. He has just become General Editor of Clerk & Lindsell on Torts and has authored a number of leading books and articles on commercial and maritime law, including most recently Admiralty Claims in the British Shipping laws series. He is also a member of the Legal Advisory Council of the Free Speech Union and has written on free speech issues for a range of publications including The Spectator and The Critic.

According to the Free Speech Union, freedom of speech is currently “in greater peril than at any time since the Second World War”. Proposed new legislation on “hate speech” has raised serious concerns about freedom of expression. This therefore promises to be a topical and stimulating session.

The seminar will be held virtually and log in details will be circulated nearer the time.

Professor Tettenborn's hand-out for the event is here: Freespeech2.

LCLCBA members, please log in to access event videos and downloads. Or become a member of LCLCBA.
Map Unavailable