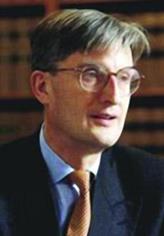 The result was announced at our AGM on Armistice Day, 2014. The identity of the winner, and his entry, can be seen on the 2014 Result page. Otherwise, this page appears as a matter of record only.

The London Common Law & Commercial Bar Association has this year established the Jonathan Brock QC Memorial Essay Prize in honour of our past chairman Jonathan Brock QC who tragically died in July 2007 just short of his 55th birthday. Jonny, as he was known to his many friends, was a well-known and widely-liked character at the Bar and an excellent trial advocate. He was always a strong supporter of young talent making this competition particularly pertinent. The Essay Prize has been set up, with the active support of his widow Lindsey Brock, as an ongoing mark of respect and affection and in place of the annual Brock Memorial Lectures.

It is open to:

Joining the Association is simple – see under “About Us” or click here – and costs a mere £10 per annum for individual membership.

The authors of the winning essay and the runner up will each receive a substantial cash prize, funded jointly by the Association and Lindsey Brock, namely:

“Have the cases on relief from sanctions under CPR, from Mitchell onwards, gone too far?”

Note: there have been added new requirements, on 30 May 2014 before the full details were published, to facilitate anonymous assessment, to clarify the position as regards pupils and to preclude submission in PDF:

The closing date for entries is 6pm BST Sunday 31st August 2014. Full “Mitchell+” rigour will be applied – no extensions, whatever the reason.

Essays are to be submitted as an attachment in Word, or equivalent readable in Word (NB: not PDF), to an email headed “Jonathan Brock QC Memorial Essay Prize 2014” to this address: [email protected].

In order to assist the Association it would be helpful if those interested in submitting an entry would send an email expressing such interest headed “Jonathan Brock QC Memorial Essay Prize 2014” to the address in the preceding paragraph as soon as practicable. That does not, of course, engage any commitment to put in an essay.

The submitted essays will be judged by a panel appointed by the Committee of the Association and the decision of such panel shall be final.

Both prize-winning essays will be published here on this web site.